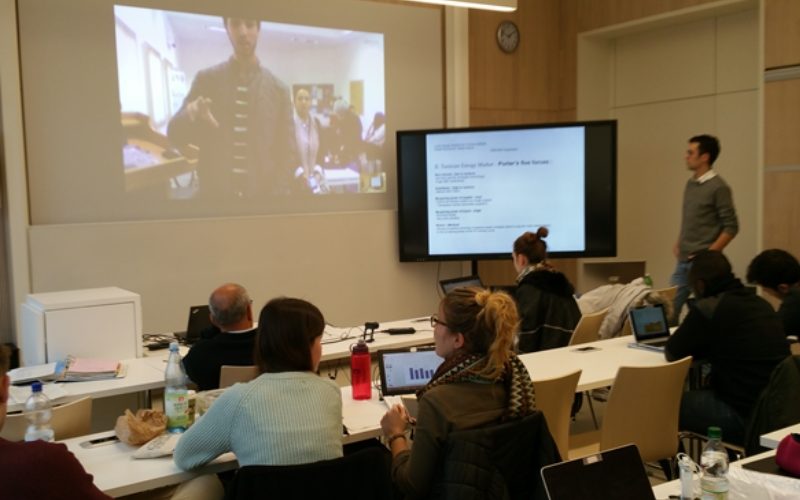 A year ago the Arab world section of the International business department at Heilbronn University started an exchange program together with Tunis Business School.

An innovative project called tele-collaboration emerged from this partnership in which original start-up ideas and intercultural awareness were developed.

Telecollaboration as language teaching method dates back to France in the late nineties and was further developed by Prof. Dr Lars Gaiser (head of the Arab world section), who shifted the emphasis from linguistics to intercultural training.

During the first step of the Heilbronn-Tunis project, differences and similarities were jointly discussed and evaluated by both classes via Skype who contribute with great commitment to an in-depth knowledge of each other’s economies and business methods.

The second step led to the development of 21 start-up ideas evolved in German-Tunisian pair-work. These included:

•Opening of Tunisian style coffee shops in Germany where bsissa energy balls and stimulant-free coffee made of ground date seeds are sold.

For reasons such as the above this project will be continued in the academic year to come.