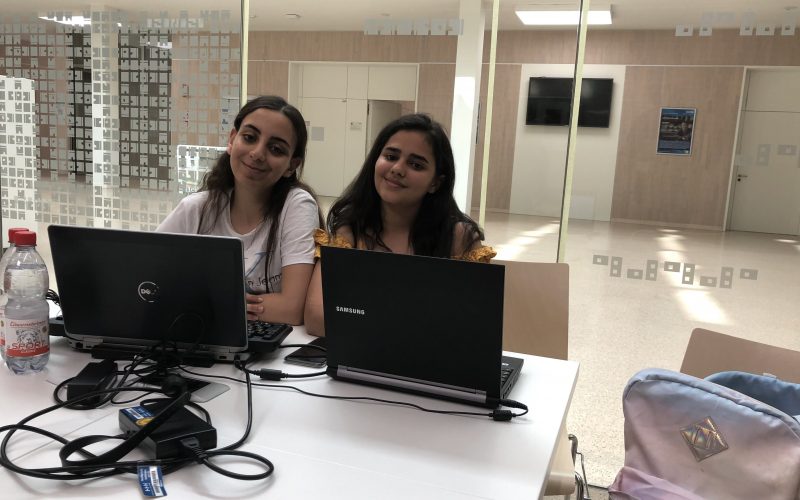 In the last three weeks we, Mary and Catherina, students in the 11th grade at the German School of the Borromäerinnen in Alexandria, completed an internship at the Heilbronn University .

At teh very beginning, we took a tour around the university. After that we translated texts about politics in the Arab world from German into English. We also translated Power Points which were understandable and easy for us as they deal about topics such as the welcoming rites in Arabic countries, the Arabic language and non-verbal communication.

In the second week we participated in two courses held by Prof. Gaiser. These were very relatable to our lives in Alexandria because they dealt about the Arab world. The first lecture was about intercultural management and hospitality. Furthermore we compared German culture with the Arabic one. In the second course, the students held presentations, e.g. about the conflict between Egypt and Ethiopia over the Nile which gave us new information. On the same day Prof. Gaiser took us with him to his meeting with a leader of the Tunisian State Ministry. We learned how to behave during a meeting which was a new experience for us.

We also had some office tasks such as creating a booking portal where students can choose a presentation topic.

In the third and last week, we printed and copied the students’ seminar papers. Finally, we participated in a course where we answered some questions from the students. The questions revolved around the specifics of Alexandria, the differences between education in Egypt and Germany and intercultural differences.

In these three weeks we learned a lot thanks to our contact person, Prof. Gaiser. We recommend the following classes to do an internship at the University of Heilbronn because you could gain many valuable experiences and get an idea what you can study in the future.